The project comments on the traditional artist/model relationship in art and how this materialises online, with neither the artist or model meeting in real life. Both artists began by creating a self portrait taken from a photograph that was kept hidden from the other. This self portrait was then forwarded to the other artist who created a new portrait from the image. Once completed, this got sent back to the original artist who created a further portrait from that. This rotation continued until a series of 10 portraits in all were completed, five of each artist. As neither artist was able to see the original photograph, the portraits developed solely from the other artist's interpretation.

Rotating Selves began through a series of messages on Twitter between Scottish artist Eleanor Adair and Spanish artist Gabriel Vilanova. Both had been following each others art and had felt a connection due to their focus on figurative drawing. When Gabriel suggested they try to find a way to work together, Eleanor proposed the idea of rotating a series of portraits between themselves online.

Eleanor: For me the potential to work virtually with an artist whose work I felt a real connection to was incredibly exciting. The idea that we could both create portraits of one another, despite having never met, was one I really wanted to explore. So, the project began with us agreeing on some concepts, that we would both begin with a photograph of ourselves and from this draw a self-portrait. We'd then send this drawing to the other artist who would create a portrait from it, before it was sent back and so on, until we had a set of ten portraits, five of each artist. Neither artist was able to see the original photograph, so that the portraits developed solely from the other artist's lines.

I was intrigued by the concept of developing my own lines from Gabriel's, of giving over my face and watching someone else move it around and seeing myself and my art emerge through another artist. How would our styles differ and would we pull or push each other in our own directions? And there was always the prospect that we would push each other into places we wouldn't normally explore. Initially I had wondered whether keeping the project to drawing would reflect limitations, that it would somehow feel contained within a medium and be a lesser form of what it could be if we painted. Actually what's happened is that its shown me the vast scale and potential for drawing, that you can convey a huge amount in line without paint. What was amazing was seeing Gabriel create not just different factions of me, but my whole family within my face. I'd recognise my mother and father, myself as a child or how I looked when I was feeling differently. But it was also inspirational in the way his lines generated new ideas for me in how I responded in subsequent drawings.

Gabriel: I've always admired portraiture as a genre. Especially when it's not commercial, when the only client is the artist himself. It's then the art becomes truely and freely driven. I've always appreciated Velazquez in this respect, especially his series of dwarf paintings which are beautifully free and visceral, where the sole purpose seems to be to capture the souls of those portrayed.

How the project emerged with Eleanor was that we discarded superficial notions of portraiture. This was needed to submerge ourselves completely into the introspective process of self-portraiture. This introspection was enhanced by the added vision of the other artist, so that through a process of visual feedback, two artists who don't know each other in real life and know little about each other's lives, who don't share a common language, were able to connect. The result was a discovery of each other through invisible and unconscious elements that emerged as a visual language.

I've no choice then but to thank Twitter for the ability to connect with Eleanor and share this soul searching process together.

Eleanor: Online is generally seen as the lesser version of something authentic and I wanted to work around that idea and try to produce something substantial. I think we've commented on the traditional artist/model relationship within art and hopefully managed to be inventive through a virtual space. It's nevertheless a very real space in terms of how we perceive each other and the life we've given each other through our lines. A self-portrait for me isn't about what I look like, but recognising myself in something, and I feel this is a connection that's definitely been made through Gabriel's work. 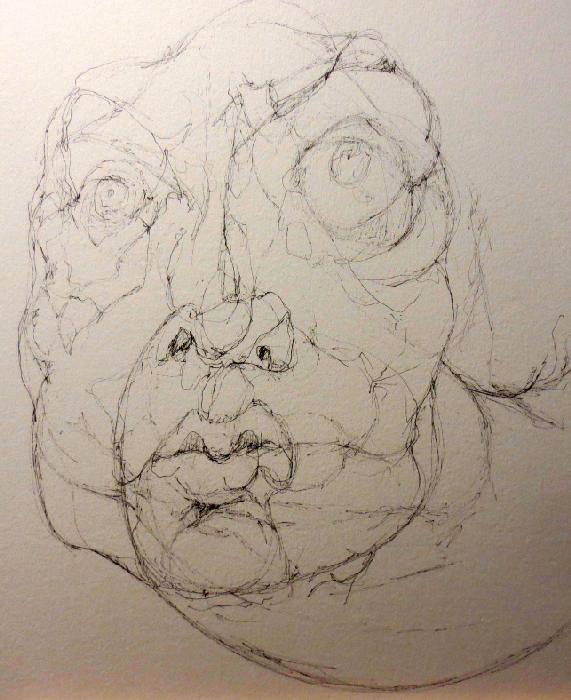 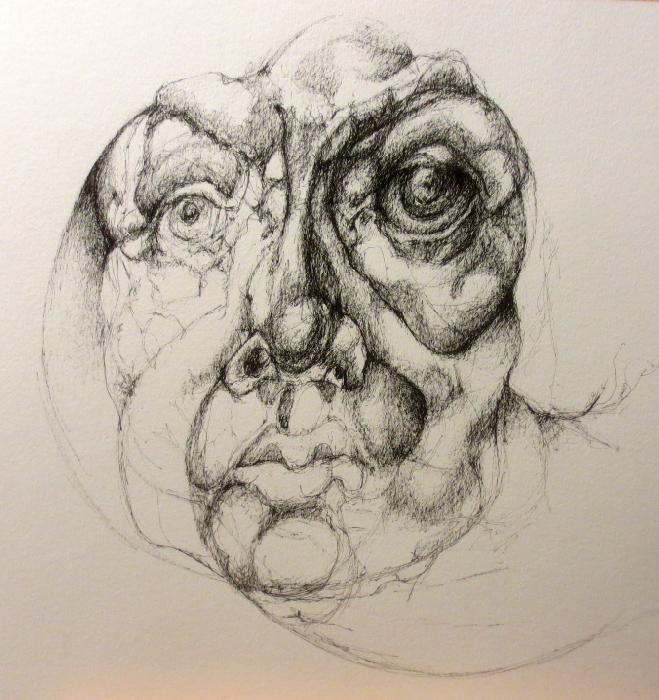 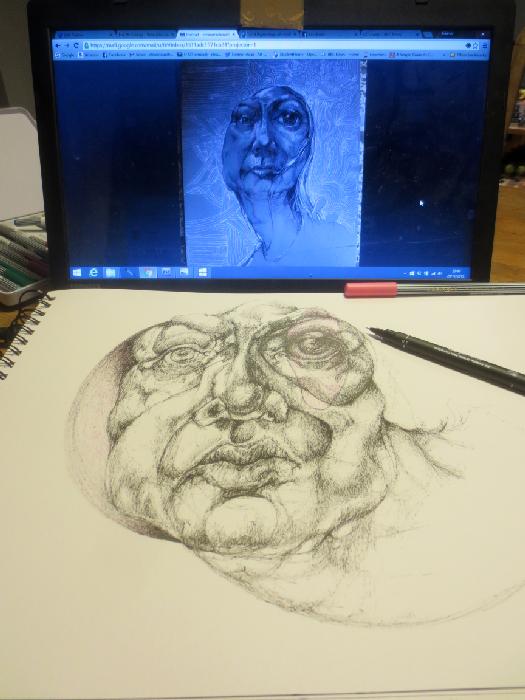 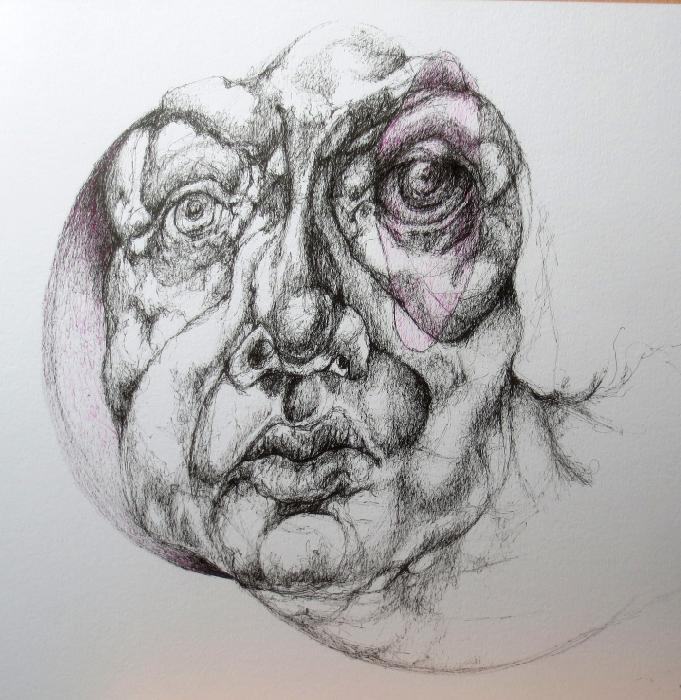 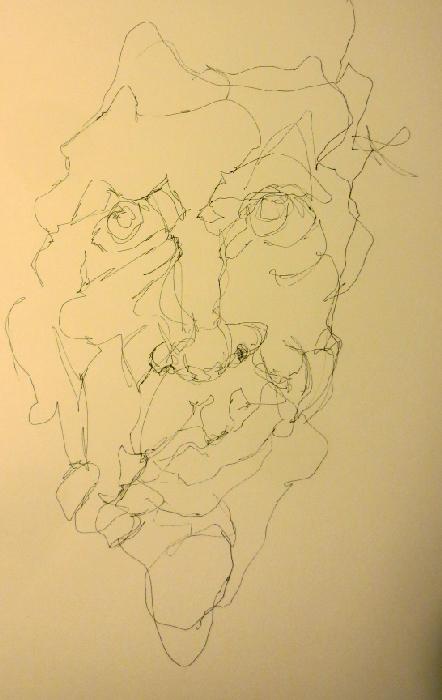 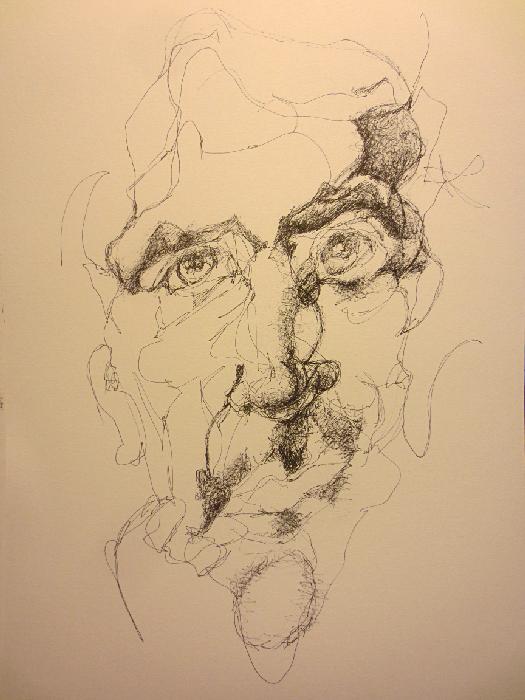 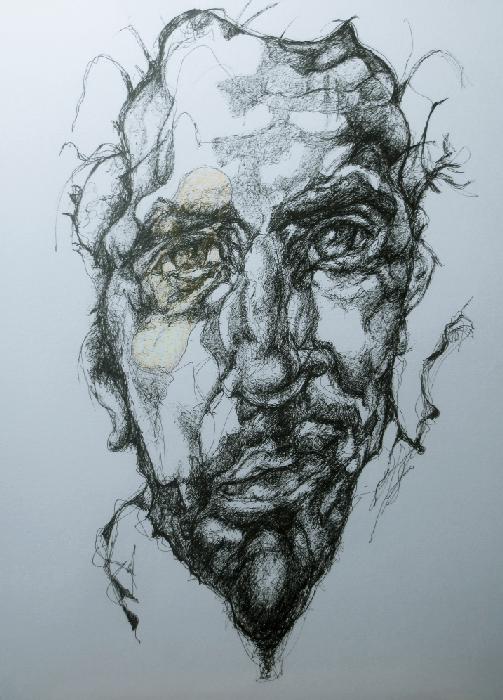 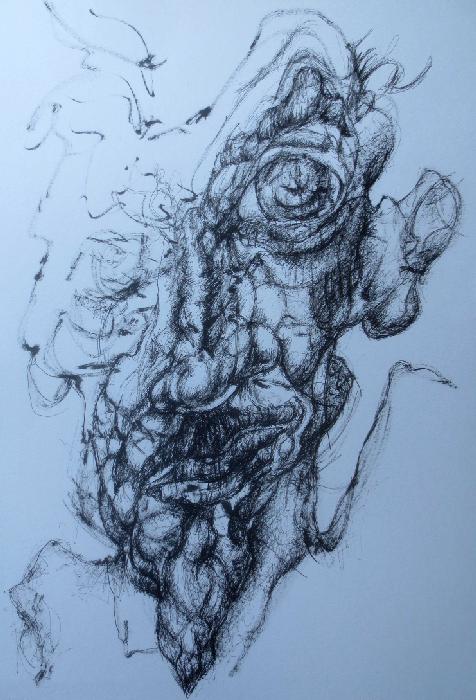 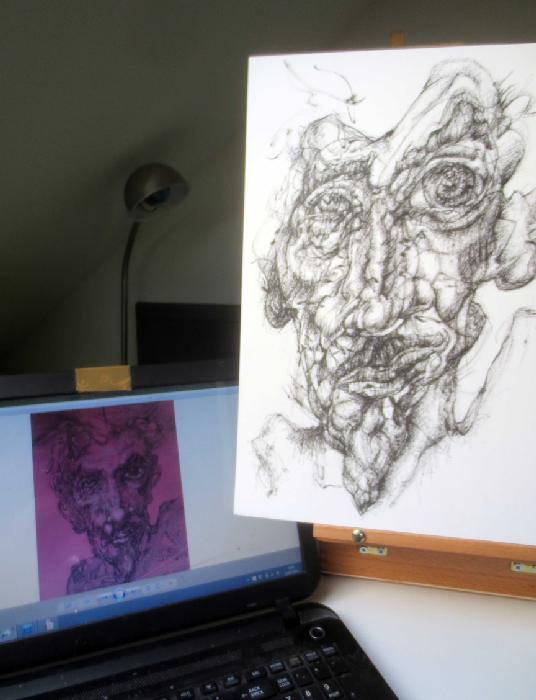 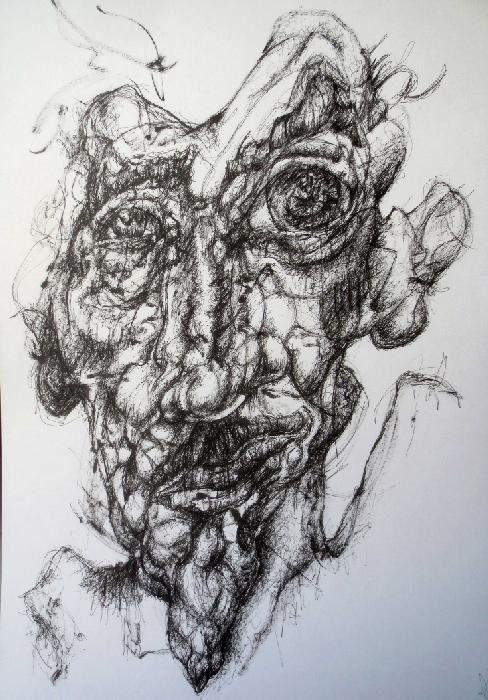 To see more work by Gabriel Vilanova, please visit his website at gabriel-vilanova.blogspot.co.uk.

For me, a self-portrait isn't about what I look like, but recognising myself in something.
- Eleanor Adair

The result was a discovery of each other through invisible and unconscious elements that emerged as a visual language.
- Gabriel Vilanova

Its shown me the vast scale and potential for drawing, that you can convey a huge amount in line without paint.
- Eleanor Adair
×
< >